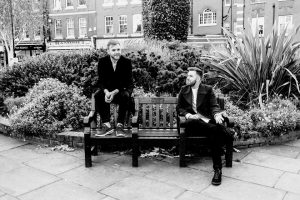 Jon Clare and James Tadgell originally formed the outfit after their mutual knowledge and love of music created an affinity between them that sparked their inspiration to create something daringly original. They remained a duo for some time but after working as producers for female solo artist Vanya Taylor, they saw something in her that would complete All About She’s sound so they eventually joined forces, which has given the act a new depth and striking dimension.

No stranger to the music landscape, the trio have worked with the likes of Tinie Tempah, Dizzee Rascal, VV Brown, Wookie, Roses Gabor and Wretch 32 between them.

Having recently got early support from Radio 1 & 1Xtra DJ’s MistaJam, Zane Lowe and Toddla T on their future-electro record ‘Higher (Free)’ All About She are set to achieve great things.

Not only have they released their debut EP ‘Go Slow’, their other projects include the official remix to Jessie J’s new single, ‘It’s My Party’, as well as working with a cross selection of some of the freshest talent on the scene – Mneka, Etta Bond and Sasha Keable.

Prior to this, they wrote “Intro” for Tinie Tempah’s debut album ‘Discovery’, which Vanya wrote and lent her vocals to the 2011 hit “Simply Unstoppable” on the same album. All About She are definitely a trio to keep your eyes out for in 2014… 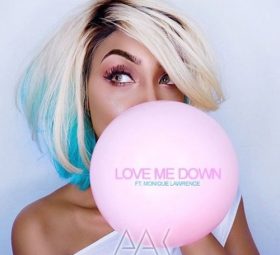