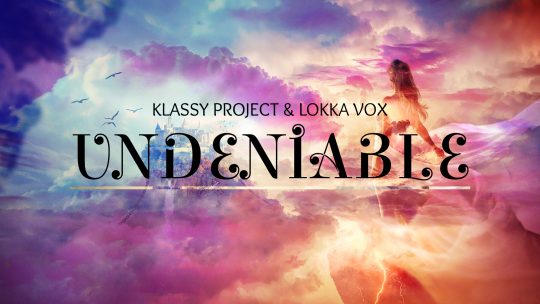 This lates featured track is brought to you by ‘Klassy Project‘. An independent EDM producer from Montreal Canada, he has worked with the likes of Christina Novelli, Anki, Atragun, and much more.

As well as released singles on major record labels such as Black Hole Rec, Arkham Digital, and Exia Recordings. We bring you one of his latest EDM composition.

‘Undeniable’, a club scene banger with some epic vocal by Lokka Vox.

Let us know you thoughts on the featured song. Comment below!